I can’t believe it’s time for another garden blog post. This week’s post is especially for Lisa and it is a tour of the greenhouse in June. I should explain that my greenhouse is a 6ft x 10ft structure with raised beds and a display table for potting and seedlings. The beds are filled with veg, herbs and fruit and it was delivered rather late this Spring. If you were tuned into my Instagram live’s this week you would have had a tour of my greenhouse as I pollinated the courgettes!  So, let’s get on with this weeks Six on Saturday: 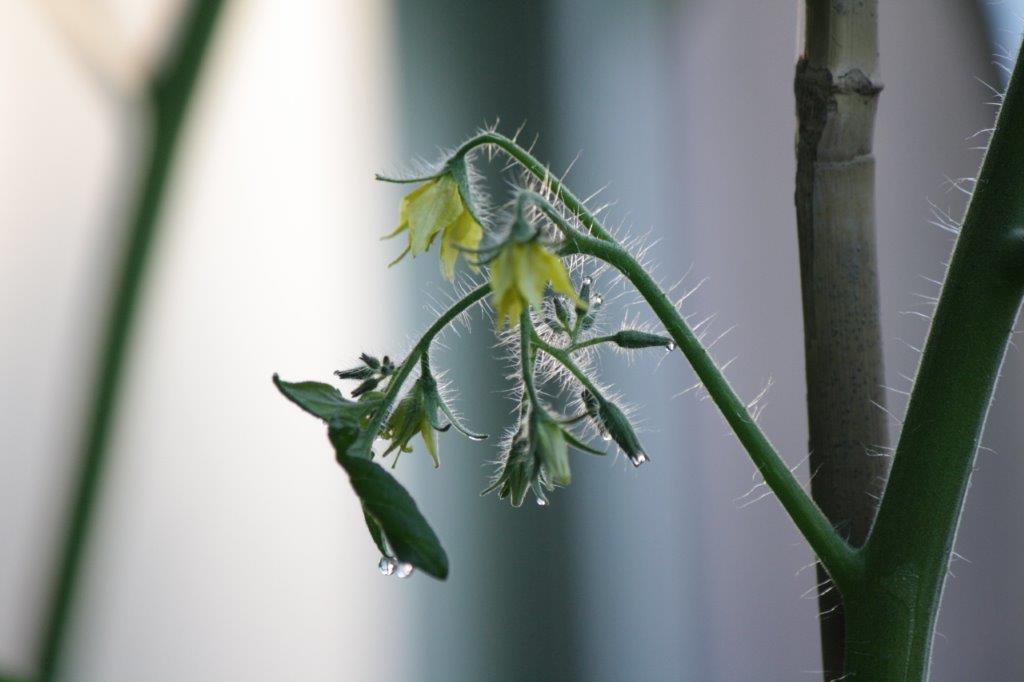 I have a few varieties of tomatoes growing in the greenhouse; Gardeners Delight (Indeterminate), Sungold(cherry), Black Cherry and Totem(bush). All of these were planted late this year and I am just getting my first flush of flowers now. The idea is that we will use the bush tomatoes for sauces, the delight for salad tomatoes and the cherries, well they are for picking and eating while we work. In all honestly, these are planted a little closer together than I would like and I have the first growing frame in place but need to install a second.

The secret to tomatoes is even deep watering and ensuring good airflow around the plants. With the weather being so hot and humid I’m a little worried about blight so I’ve been having a look each morning checking. I also planted plastic water bottles in groups of 4 plants so that I could deep water a section. Like most gardeners, I am actually praying for a spot of rain to fill our water reserve tanks up again. These babies like to drink! 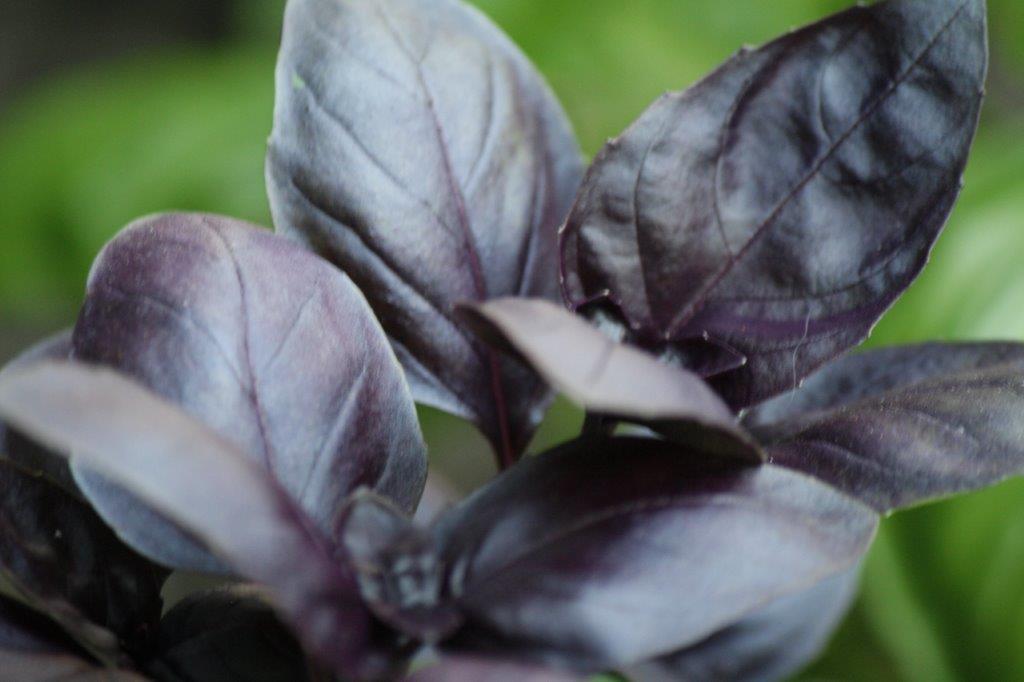 I have 3 forms of Basil this year; Lemon Basil, Crimson Basil and Basil Aton. all of these have been grown from seed sown in March and April this year. They are all doing well and we are rather fond of the Lemon Basil as a cocktail herb around here. There is very little work involved with these. I sowed them all in module trays with a few seeds per module(5ish) and then watered and left covered on a windowsill to germinate. The Lemon and Crimson basil were sown in the 2nd week in April and germination were much faster and with more rapid growth than the Anon. After that, I moved them into their greenhouse bed at the end of May. Little or no work and I harvest when I need too. I did edge the tomato bed in Basil Anon as I love the smell when I water. 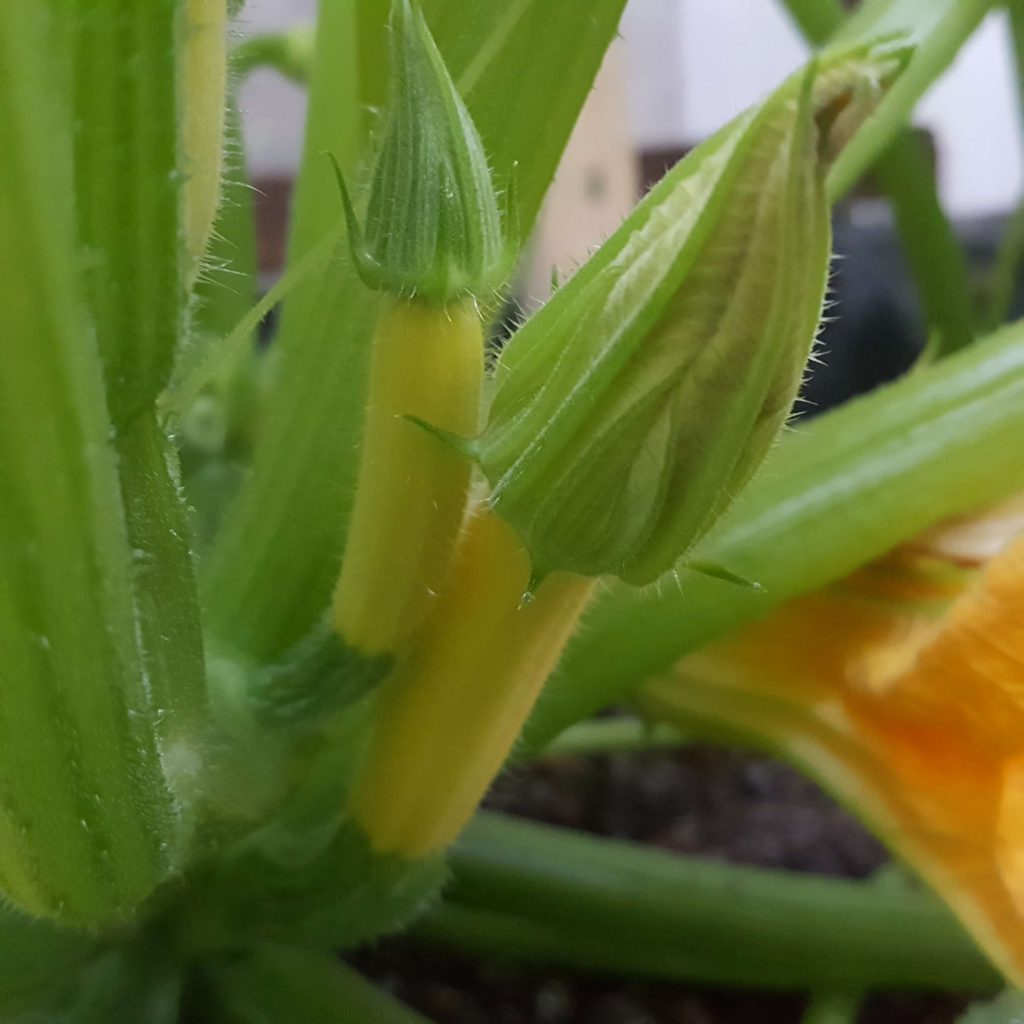 This year I have two varieties, F1 Atena (yellow) and Midnight (green). This week is the first week both the male and female flowers have been open at the same time so very soon we are going to be munching on courgettes. The secret to courgettes is to feed these babies and this is were our pet rabbits earn their living. When planting the courgettes out, I fill each hole with a few centimetres of rabbit manure, which is one of the only manures that you can use without rotting. I then don’t have to worry about feeding these again until later in the season. I have 4 plants which is far too much for us but I have neighbours and I like to bake and free some for later in the year. These plants hate the wind and I had a terrible season with them last year so I moved them into the greenhouse this year for a guaranteed harvest. 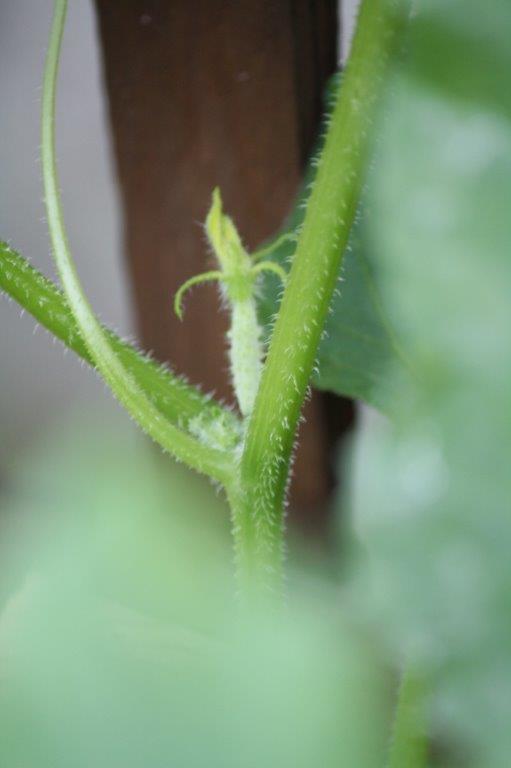 Ah, we come to the tantrum teens of the veggie world. Cucumbers have no qualms about telling you when there is something not quite right. This year I have planted them behind the courgettes so that their base leaves would be protected from the strongest sunshine and they wouldn’t burn or wilt. They are just setting their fruit as you can see and the variety I have growing is Sonja which is roughly 60 days from sowing to harvest. Unlike last year, this is an open pollinated variety so I will be willing the bees into my greenhouse or doing some pollinating myself. By accident I have 4 plants instead of 2 due to toddler help so I will be drowning in cucumbers soon, so send me your cucumber recipes! 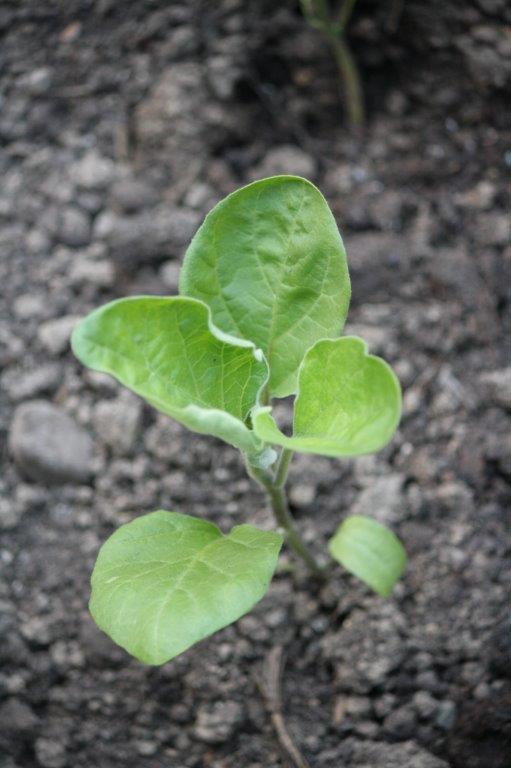 Sigh, I don’t know why I am growing these. The variety I have is Rosa Bianca which is a beautiful purple white aubergine that you can’t buy here in the shops. They like it hot and they like a long growing season and take about 75 days to harvest. They only grow to about 12 inches high at which point I’ll remove the growing tip. These did well last year but the fruit set late and they were outdoors so they didn’t riped. They don’t need much care really, plant water feed and every now and again shake the flowers for pollination and bam, you have aubergines. I’m just not excited about them this year.

These are my little beauties. I have two varieties, Purple Tiger and Explosive Ember (14 inches tall). I have always had good harvests with chillies so I’m trying two new to me types this year. Both of these are small plants and I’m using them to edge the beetroot bed. Every year I end up with more than I need because of how long the germination process is. I always think they aren’t germination and sow a second flush, so this year the second flush went to my MIL. But, oh those leaves! I love the colour and the contrast between the light rich green of the lettuce plants which are sown in the same bed between the beets.  Again little or no maintenance just sow, pot on and feed when the flowers appear.

So there you have it, a garden greenhouse update using the Six on Saturday layout. Do make sure that you pop over to the main man‘s page to check out more wonderful gardening posts. Why not search the #sixonsaturday tag on twitter too to fill your feed with beautiful blooms.