Like many people who live in Ireland, I tend to overlook what is right on my doorstep. This summer we decided to do the Boyne Valley heritage drive. That’s two adults and two toddlers exploring parts of Ireland’s ancient east. I will say that Carol’s book Echoes of Heather and Stone may have helped us make that decision. There I was writing about heritage sites that I haven’t seen since I was a child and they are but 30 minutes to an hour from my front door! So we downloaded the map and watched the weather for 2 weeks this August and hopped in the car when the weather and toddler humour aligned.

This post is part of the Boyne Valley Series 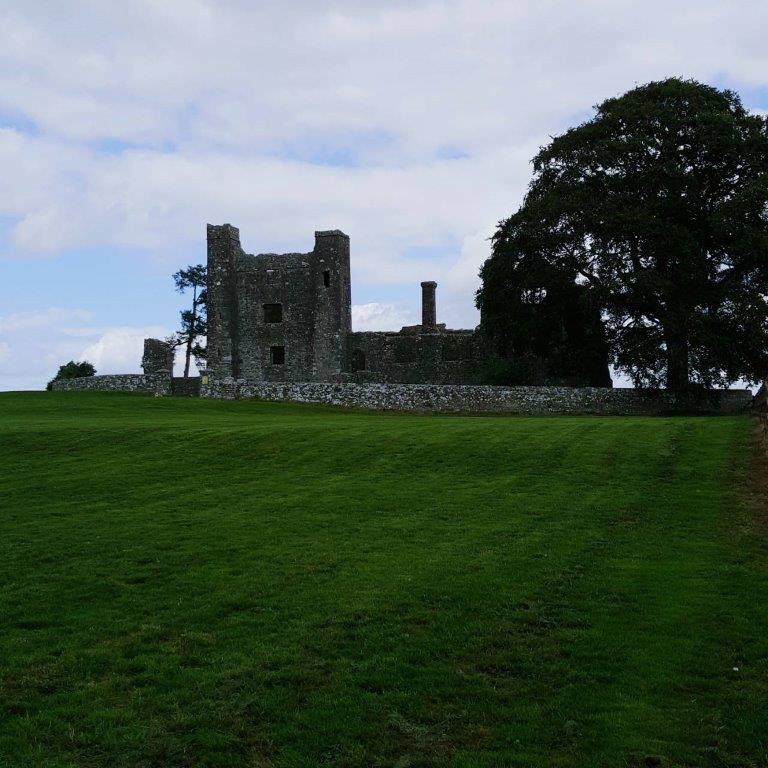 Bective Abbey was one of my favourites on this trip. It was quiet and we had the whole ruin to ourselves and those views are breathtaking. It is easily reached by car and is only 15 minutes from Trim or 30 minutes from Drogheda. 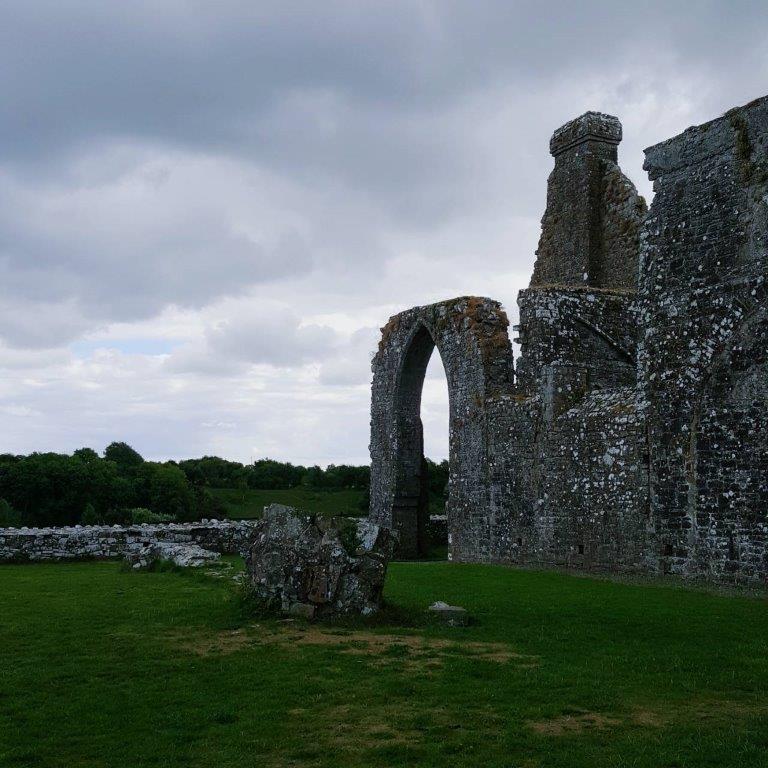 Bective Abbey was founded as a daughter house of Mellifont Abbey by Murchad O’Maeil-Sheachlainn in 1147. During its life the abbey was converted to use as a manor house and beautiful huge fireplaces were added. Bective Abbey is Ireland’s second Cistercian monastery and these ruins are substantial enough for you to see exactly what life was like in the 15 century. 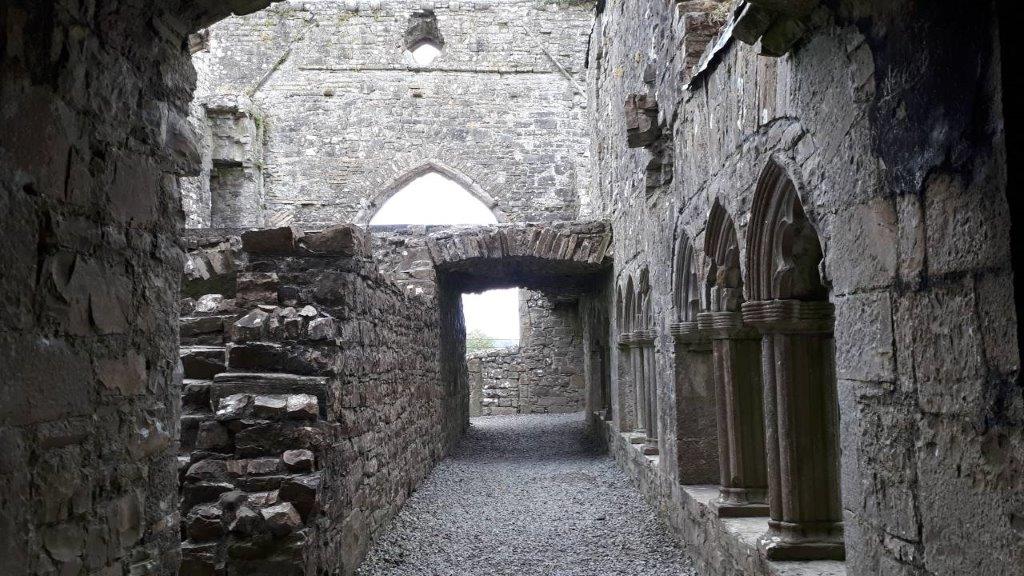 Monasteries in Ireland had 2 purposes, religious and defensive and wandering the ruins you can see how heavily fortified the exterior walls were. This abbey has rows of gothic arches, all withstanding the brutal winters and storms we see here. It has towers that can still be climbed, at your own peril, and parts of the second floor are still accessible. No, I did not allow the toddlers to climb! You can also take a little walk with me through the arches over on IGTV here. 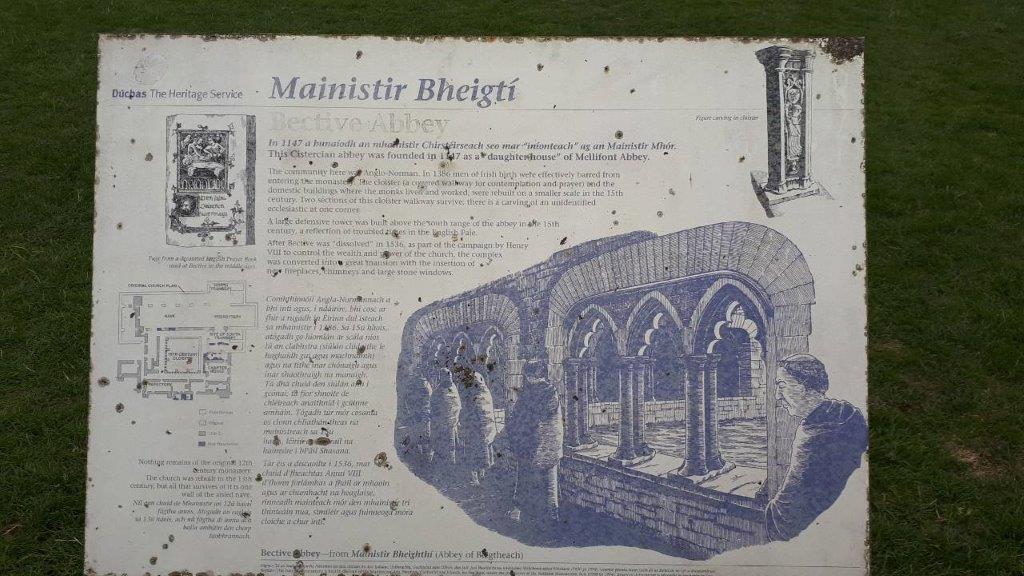 Its history is documented at the entrance to the abbey and needless to say how much time you need to spend here is depended on how long you want to explore the ruins. I was captivated by the arches and windows and the beautiful landscape surrounding the abbey. We spent about 1.5 to 2 hours here before heading to Trim for some lunch. I do recommend visiting both Bective Abbey and Trim Castle on the same day as both were used as shooting locations for the movie Braveheart and you get more out of the Trim Castle tour after visiting the Abbey. 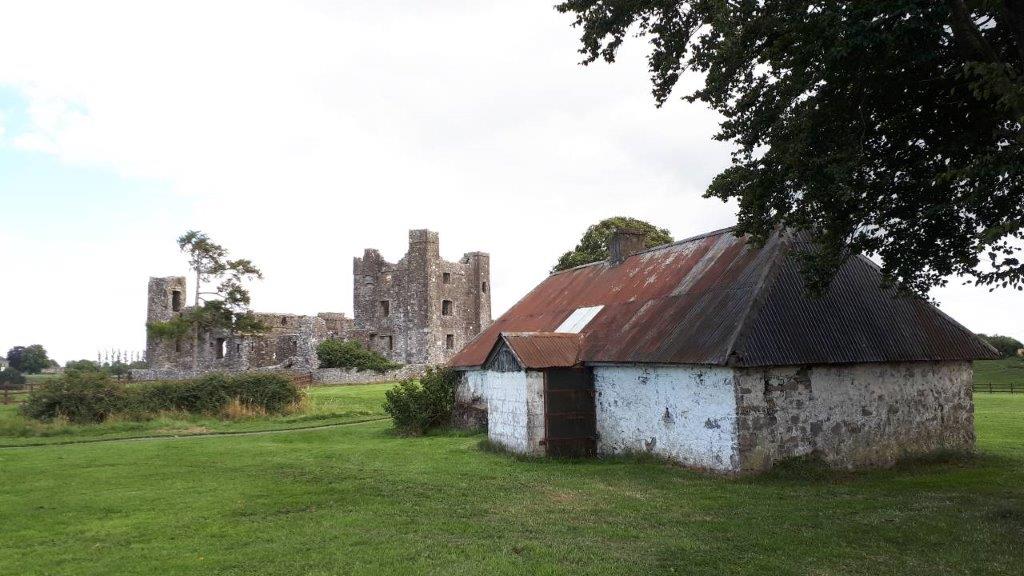 I could spend hours here taking photos of the landscape and abbey. I planned many an Instagram and knitwear photoshoot in my head. It’s inspiring to be surrounded by so many shades of green, the sound of the water from the river and the weathered stone. One of our favourites was the old cottage on the grounds to the front of the abbey with a heavily laden quince tree dropping fruit by the minute.

This truly is a gem in the Irish landscape. I wish I had taken my DSLR but I hadn’t packed it so all the photos here are from our phones which makes me a little sad. It can ony mean that another trip to Bective is on the cards this autumn.

My name is Nadia, and welcome to the Cottage Notebook. I hope you enjoy your time here.